What is the EU ETS?

In 2005, the European Union Emissions Trading System (EU ETS) became the world’s first international, multi-sector greenhouse gas (GHG) emissions trading scheme. With 31 participating countries, this pioneering climate change framework remains the most significant of its kind and accounts for approximately 45% of the EU’s greenhouse gas emissions. Each phase incrementally decreases the carbon dioxide quota (CO2) to help meet the EU's Net Zero target by 2050. Additional provisions have been implemented to reduce emissions by at least 55% by 2030 in the interim.

Compliance is mandatory for specific energy-intensive (EII) sectors and organisations above a certain size.

The EU ETS has proven to be an effective tool in reducing carbon emissions to reverse the effects of climate change. Based on the original Kyoto Protocol introduced in 1997, it works using a pioneering “cap and trade” auction system to limit carbon dioxide emissions from more than 12,000 energy-intensive installations. Auctioning is an effective way of distributing allowances by reinforcing the “polluters pay” principle and accountability.

The UK was the first EU member state to hold an auction during Phase 2 (2008 to 2012) and traded more than 10% of allowances, compared to the European average of 3%.

How does it work?

The EU sets a “cap”, or limit, on the total amount of greenhouse gas (GHG) emissions produced by all EU ETS operators. Participants can buy and sell tradable allowances within this limit through the auction process. Each EU Allowance (EUA) equals one tonne of carbon dioxide (CO2) and is closely monitored by the European Union Transaction Log (EUTL).

Large operators, particularly airlines, that are likely to emit more than their quota can buy extra allowances through resale on the secondary market from participants that emit less than their allowance using Kyoto Units.

How has Brexit affected the UK’s participation in EU ETS?

As of January 1st, 2021, the UK replaced the EU’s policies with its own UK Emissions Trading System (UK ETS). Legislation remains largely similar to the EU ETS and covers the combustion of fuels in installations with a rated thermal output exceeding 20MW. Businesses have already begun to transition to this new system and will receive allowances under the Emissions Trading System Automation Programme (ETSWAP) until it is replaced by a new programme by 2022. Free allowances will be made available for new entrants and existing operators that increase their contributions to the scheme.

What else has changed?

Due to the complex nature of ongoing Brexit negotiations, the government has embraced a flexible approach that will evolve over time as linkage with the EU solidifies. While there are many similarities between the systems, the UK has introduced considerably stricter regulations, higher penalties for non-compliance, lower price caps (5% below the Phase 4 EU ETS cap), and less compensation. Under the UK ETS, businesses will face a charge of £100 for each tonne of C02 emissions above their allowance. This is currently higher than the EU’s cap but will be revised as circumstances change.

Businesses will continue to buy and sell allowances through auctions, but bids below the UK ETS transitional Auction Reserve Price (ARP) of £22 will be unsuccessful and any unsold allowances will be redistributed. In addition, a new Cost Containment Mechanism (CCM) has been introduced as a process for the UK to flatten energy market volatility.

Who needs to comply?

Like the EU ETS, UK ETS regulations apply to almost all energy-intensive industries, particularly manufacturing, engineering, power plants, and aviation. The UK has developed its own version of the Emissions Trading Registry (ETR) to monitor transactions and users must obtain an Operator Holding Account (OHA) or an Aircraft Operator Holding Account (AOHA) to receive allowances.

There are simplified provisions for smaller installations and hospitals with emissions lower than 25,000t CO2e per annum and a net-rated thermal capacity below 35MW. Instead of trading allowances, operators will have general carbon emission targets. Further provisions are available for businesses with emissions lower than 2,500t CO2e (Carbon Dioxide Equivalent of other greenhouse gasses) per annum.

How can we help?

We understand how particularly complex this transition will be for most businesses and are here to help support you through every stage.

Because these fast-paced regulatory changes can pose particularly high penalties for non-compliance, it’s essential that you receive expert guidance to improve your business’ efficiency as soon as possible.

To find out more about how the transition from the EU ETS to the UK ETS will affect your business, get in touch with our team today.

Interested in learning more about how your business can benefit from our energy optimisation strategies and ensure a seamless transition from the EU ETS to UK ETS? Get in touch today. 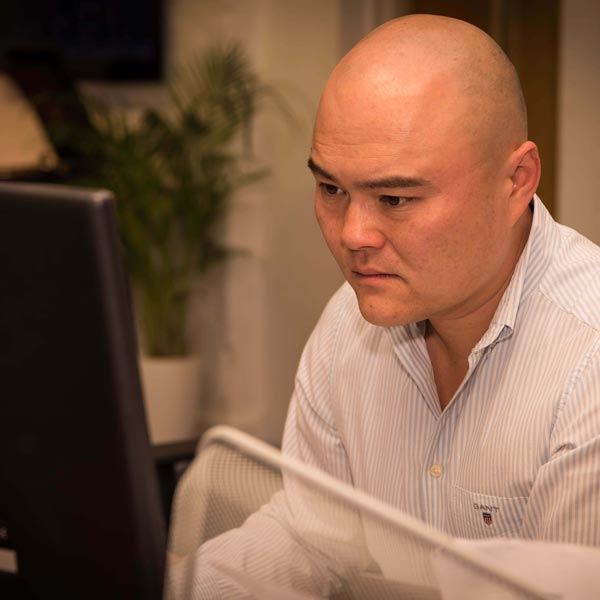 We're a London-based energy consultancy with more than two decades of business energy procurement and management experience. We've worked with hundreds of businesses across the UK and offer bespoke utility management solutions to improve your business' energy efficiency, lower emissions, and cut costs.